Re Introduction of Natasha’s Baby to Ngamba Chimps 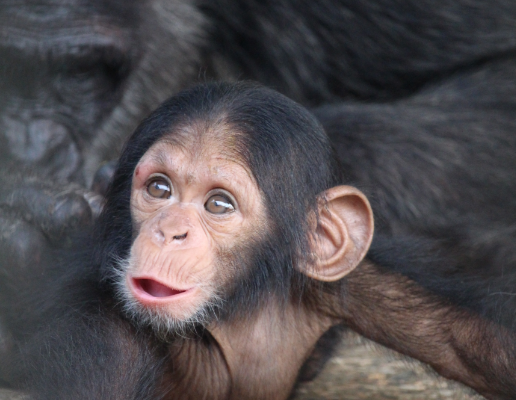 In september 2019, Natasha gave birth to a bouncing baby girl and now after three months we are planning to re-introduce Natasha’s baby to Ngamba Chimps family. Natasha is also known as the most intelligent chimpanzee in the world.  As a new mother, Natasha has been isolated indoors to allow her to bond with her baby. Now with the baby at 4 months, her ‘maternity leave’ is over and she and her baby have to join the group.

Just like humans, chimpanzees need time to accept new entrants in their group which calls for carefully controlled re-introduction. In the wild, the females isolate themselves, before joining female nursing groups and eventually the full group. At Ngamba, we try to recreate this in a controlled environment for the protection of the baby and mother.

Today we have started the integration of  Natasha and her baby girl with a few females, with whom she needed to build trust. Then, every couple of days, new individuals are added to this nucleus group till all the 29 females of Ngamba Island, are fully integrated with the baby. This process will help create a bond with the other females that will be key in raising the young one.

They can pick up the baby, help in her ‘training’ and offer protection from aggressors. A few of the males have also been ‘tested’ and Umutama, the alpha male (but not for long apparently), has accepted the baby, so all looks to be great for the future of the baby, yet to be named.

At some point, after every chimp has been introduced to the baby, Natasha will feel more confident to join the group in the main forest enclosure. This process is closely monitored by and advised by the experienced chimpanzee caregivers of Ngamba Island.