Posted on April 4, 2016 Categories: Chimp profiles No comments yet 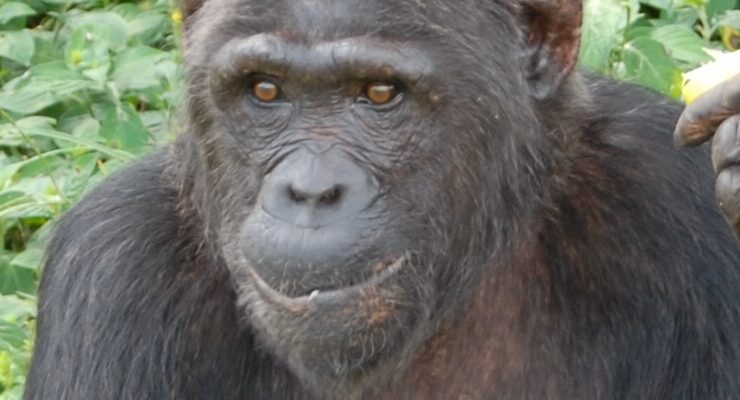 Nani is a female chimp who is estimated to be born in mid 2001.She originated from DRC and confiscated from Tanzania. She arrived at Ngamba on 18th June 2002. Nani is a small short chimpanzee, with a slightly dark face and with a well built body. She was named “Nani” (meaning ‘who’ in Swahili) by the Tanzanians who cared for her because they had never seen or experienced a chimp infant before and wondered “who” this little person was. Nani is an extremely confident chimp despite her size.

Nani a sub adult female chimp that is quick in everything she does. She is friendly with most males and is rarely beaten up unlike other females in the group. Over the last three months, Nani did not experience any serious illnesses except for flu and cold which was treated successfully. When she is unwell, Nani easily takes her medication. Her rank has remained the same over the last few months.

Nani sometimes likes to nest in the forest but she only does so with company. If for some reason she is left alone in the forest at night she would scream and but when the caregivers go to encourage her to come to the holding facility she refuses. Perhaps this is because she fears step on the ground at night. When she is involved in a behavioral study, she is quick to learn and wants to finish the tasks in the shortest time possible. She likes to spin on the enrichment tyres inside the holding facility. As caregivers release the chimps to the forest in the morning Nani is at times one of the first to leave and always in a hurry!