Posted on June 8, 2016 Categories: News No comments yet

Tusks of commercial Interest: why you too are a poacher.

Tusks of commercial interest: why you are responsible for illegal Elephant poaching. Today I can’t look at the statue of the Blessed Virgin Mary and the baby Jesus without asking, was that crafted in Ivory? Or marvel at the beauty of the all white ivory chopsticks without thinking about the audacity one has to conjure up to eat his very Chinese meal with animal teeth.

But that is Ivory for you as contentious as it is it has remained the number one poaching story for decades. On 1st May 2016 a somber mood took over the crowd as they watched the biggest event in poaching history when they watched Kenyan President Uhuru Kenyatta set fire to over $172 million worth of illicit wildlife goods.

They listened to the gust of wind feeding the flames, and the crackle of burning ivory, rhino horn and other items. Bright red embers bloomed inside the 10-foot high by 20-foot wide pyres, turning the coveted white ivory tusks to nothing more than charred animal remains as reported by CNN’s Briana Duggan, Robyn Kriel and Mayra Cuevas from Kenya. This was the most significant demonstration against poaching in the region and the largest burn of illegal wildlife products in history. That happened in Kenya, back home here in Uganda the burn sparked a myriad of debates in a discussion which was facilitated by Chimpanzee Trust at the Kampala Sheraton, Lion Centre on Poaching and illegal wildlife Trade in Uganda.

One of the hot topics discussed was dubbed, ‘to burn or not to burn’ where has stockpile burning worked in the world?

A question which danced around dangerously among many a conservationists but the Assistant Commissioner Wildlife Conservation in the Ministry of Tourism, Wildlife and Antiques, Dr. Akankwasa Barirega responded to it by saying in 1989, Kenya under the leadership of Daniel Arap Moi, burnt their first stockpiles as a symbol of its determination to protect its remaining elephant population, which had fallen by 90% in the previous 15 years from 168,000 to 15,000 elephants.

An increase which accounted for the death of 229,729 elephants between 2009 and 2014, this alone was a setback in decades of conservation awareness. This answer drove back the debate to another question, can Ivory really burn? To which someone espically answered, if you want to find out try burning your teeth—great answer huh!

The problem of poaching goes further than whether Ivory should be burnt or not burnt. It only comes closer and closer to who the end users are.

China is the biggest market for Ivory legally and illegal given their cultural background and need for Ivory as a status symbol in their country but how many conservation organizations are throwing money around to educate them about the dangers of their desire?

What is the budget for awareness campaigns? Is it smaller or bigger than the animal welfare budget? Besides China is anyone educating people in other countries how many ivory based products are on the market, how many of you are reading this article while wearing your Ivory necklace or earrings or running your hands on a piano made with Ivory keys.

How many of you are out there but are or were as ignorant as I was about the very many uses of Ivory.

Our very Ignorance of what Ivory is used for is what makes us silent poachers, poachers who use Ivory based products but still condemn the vice.

As conservationists and conservation enthusiasts our job is to find those companies from which ever continent they are on so that we can pin these dead elephant’s heads on them. As a way of creating awareness but also holding them accountable for the death of the 229,729 elephants between 2009 and 2014 and many more.

So, to burn, or not to burn? That’s not a question—JUST BURN 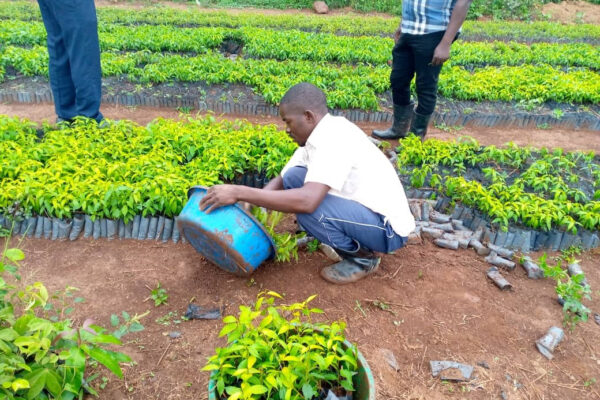